The act of crossing a busy street may not seem all that exciting, but to Wendy Ju, the human interaction between pedestrian and driver brims with hidden cues that help inform the development of autonomous vehicles and other robotic technologies.

An associate professor of information science at the Jacobs Technion-Cornell Institute at Cornell Tech, Ju parses the subtleties of human interaction to better understand how robotics can be designed and integrated, safely and seamlessly, into our human world.

“If machines don’t have ‘tells’ like we do, that hint at what they will do next, everything feels like a surprise, an unwelcome surprise,” Ju says. “I look at how machines can give off enough information to make [these] interactions smoother.” 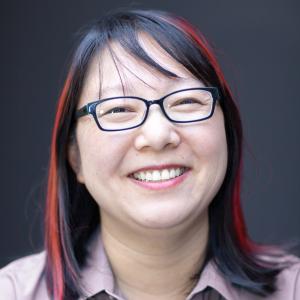 With autonomous vehicles, design decisions are a matter of life and death, Ju says. For example, her recent project, “Ghost Driver,” explored how pedestrians read, react and respond to driverless vehicles. The findings were a revelation to the automotive industry, which had thought that signs or lights installed on driverless vehicles would help cue pedestrians in on the car’s intent to, say, stop at a crosswalk.

In fact, such visual signals wouldn’t have the intended effect, researchers found, since pedestrians instinctively pay more attention to the car’s motion first, honing in on the wheels and bumper.

“Lots of people are good at designing user interfaces, but objects that have behaviors of their own – that’s an area where I have design intuition,” Ju says.

The vibrancy of Cornell Tech, together with the interdisciplinary nature of the Department of Information Science, has made Cornell a perfect fit for Ju and her research, she says.